I’ve just returned from a 2-day retreat in the Lake District with Reebok.

In case you were wondering, I can confirm that the real world actually does still exist outside of lockdown.

I can also confirm that a 5-hour hike will cause you to fall asleep in the middle of a lake-side yoga class and start snoring.

I’d ascended to a new level of zen. Or something.

By the way – for 20% off everything on Reebok’s website – use the code MW20 at https://www.reebok.co.uk​
(available across EU but not USA yet – sorry)

Anyway, I got to meet a ton of new people.

One of the conversations fascinated me and disturbed me too, so I’m gonna tell you about it…

I was talking to a woman who was probably in her mid-late 20’s.

She’s significantly more progressive than me and works in media so I’m predicting will have a much more Left-leaning social circle than I do.

She was smart and capable and obviously well grounded.

She said “I really want to have kids with my partner, but I can’t work out if it’s because I genuinely want them, or because oppressive cultural norms are funnelling me into a traditional female mothering role.”

Just let that sink in.

Is it just me that finds that sentence incredibly shocking to hear?

A woman of typical homemaking age has been gaslit by cultural deconstruction SO much that she is sceptical of her own desire to have kids.

How can anyone look at the tearing down of tradition to this level and still consider it a laudable progressive policy?

Remember that the only way she’s alive is because of an unbroken chain of 4 billion years of survival and reproduction of every single one of her ancestors.

Was the oppressive culture present in eukaryotes?

Or in African hunter-gatherers?

100% of her mothers were compelled to have a family.

That’s pretty strong evidence that there is a biological imperative to procreate.

In fact, after preservation of your own life, it’s THE biological imperative.

Survival and reproduction is the name of the game after all.

Imagine if she said “I’m really considering not stepping out in front of a moving train/setting myself on fire/starving myself, but I’m not sure if cultural norms are just funnelling me into a traditional survival role.”

That would be insane.

You need to be a superbly unique female to make it to 50 years old without a family and genuinely be able to look back and say that it was the right decision.

That’s not to say that those women don’t exist, but by definition, they’re outliers.

This situation is orders of magnitude more mental.

This woman KNOWS that she wants kids. But is scrutinising her own humanly-ubiquitous desires in case she’s internalised some oppressive culture which is secretly trying to keep her full of oestrogen and in the kitchen.

How cultural deconstruction is making women’s lives better, or improving mental health & relations between the sexes is beyond me.

I don’t quite know the lesson I’ve learned from that exchange, but it’s not one I’ll forget any time soon.

Monday.
200k Subscriber Q&A – I recorded a solo episode answering questions from Instagram and YouTube. Some really amazing questions in here, you guys are smart AF and very awesome.

Saturday.
Jim Poole – insights into the neuroscience & biology of stress with the CEO of NuCalm. The technology he’s creating sounds like science fiction.

1.
“If your self-worth is hinged on how society and the people around you gauge success then you’re outsourcing your happiness to other people.”

The gas bags inside hydrogen airships of the 1930s were made from the outer layer of a cow’s intestines.

Joined together when wet, the living tissues grow together, creating an impermeable bond.

The gas bags of the Graf Zeppelin were made from the guts of around half a million cows.

The difference in total calories from the basic glazed to the Kreme-filled donuts isn’t that much.

Therefore, if you’re offered a box of 12 don’t make your decision based on going for a worse-tasting choice which you hope is a lower calorie solution.

Just have the one you like and know it’s about 350 cals.

Or have them all and lie in a huge food coma regretting your decision.
​ 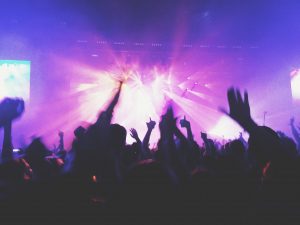 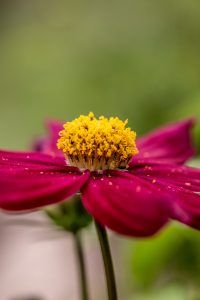 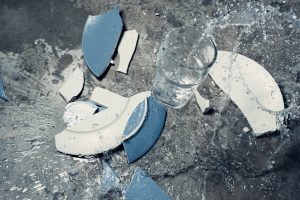