I’ve been thinking about cravings and doing difficult things this week.

One of the most interesting studies I’ve seen was conducted on air hostesses who smoke.

One who was flying Dubai to France (around a 6 hour flight).

And another flying Dubai to New York (around a 12 hour flight).

Throughout the flight, the attendants were asked to rate their perceived craving for a cigarette.

Now you probably would presume that the cravings would have increased at the same rate from take off for both groups, and continued to get worse throughout the remainder of the longer flight.

However what ACTUALLY happened was that the hostesses on the shorter flight reported the onset of cravings much earlier than the long flight.

In fact the cravings on the long flight were non existent early on.

And cravings for both flights follow a similar shaped curve as the journey approaches the arrival time.

So what does this tell us?

We are anticipatory beings.

You can use this behavioural hack fairly easily by always giving yourself a stipulated end point for discomfort.

If you’re dieting, know when your next refeed day will be.

If you’re going sober, choose how many weeks or months it’s going to be before you reassess.

If you’re saving money, have a trip booked in future to give you something to look forward to.

If you’re doing something uncomfortable in the gym, choose how long you’re going to work out for in advance and know that when it’s over, it’s over.

I do a podcast which has had 13 million+ downloads. You should subscribe on Apple Podcasts or Spotify.
​

Monday.
Chris Williamson – I featured on the Life and Lessons Podcast and enjoyed the conversation so much, I’m publishing it on Modern Wisdom. Talking Cancel Culture, sobriety, identity change and more. Very fun.

Thursday.
Greg McKeown – the NYT Best Selling Author joins me to discuss how to make life effortless. Some awesome insights about happiness, hard work and increasing your outcomes.

Saturday.
Not sure yet. Maybe business coach Melody Wilding on how to develop more self trust and build confidence in your industry.

1.
​Why men and women misunderstand each other sexually.

To a nontrivial degree, we are all locked in the interior of our own minds.

We use introspection about our minds to infer the inner landscape of other minds.

Because the sexual minds of men and women differ so widely, these inferences lead to predictable mind-reading errors.

The terminal velocity of a penny is 30-50mph.

Which is not fast enough to kill someone.

But would definitely hurt, a lot.

3.
​The best flavour of MyProtein Clear Whey is Orange & Mango.

I have tried every flavour available over the last few weeks.

Including Rainbow Candy, which I absolutely would not recommend.

Watermelon and Mango & Coconut are both great.

But Orange & Mango takes the W. Nothing short of outstanding.

Tastes like a really nice refreshing fruit juice but secretly has 20g of protein in.

I spoke to multiple-time NYT Best Seller Cal Newport this week about the curse of email overload.

One of his key strategies is to have multiple email inboxes which he uses for different purposes.

One for personal, one for purchasing stuff online, one for signing up to newsletters, a public one, a collaborating one.

Then he sets up auto filters in Gmail to move incoming mail into separate folders.

This way he ONLY sees the messages he’s meaning to work on by intentionally going into the respective folders.

This is so obvious and makes complete sense.

Definitely should have thought of this before.

I haven’t yet discovered how to feed other email addresses into a single gmail inbox with Autotags of some kind to direct into folders.

Anyone who has an insight around this, please pipe up – I’ll be featuring this on an upcoming Life Hacks episode.

(Switching to Apple Mail for Desktop is not a solution, daddy Cal said so)
​ 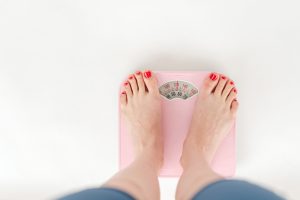 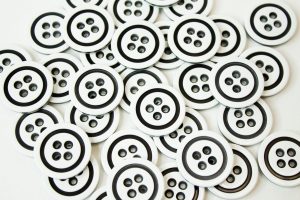