This Thursday June 9th, me and Rob Henderson are doing a meet-up in Austin.

If you want to have a chat and meet some other interesting people then come down, friends are welcome to join too.

Also – I’m returning to Austin from the UK this Wednesday ready for some huge guests in June & July.

The next few weeks have some of the biggest episodes I’ve ever done coming up.

This weekend I came across one of the scariest tweets I’ve ever seen.

It wasn’t from Libs Of TikTok or from Right Wing Watch.

It was from the online student news publication The Tab’s Trash News account – @thispageistrash.

“The Love Island promo pics are always so bad, so here’s what the 2022 Islanders *actually* look like in real life.”

Let me explain what’s so terrifying about this.

The new season of Love Island is about to begin in the UK.

During the week leading up to Episode 1, ITV2 release the photos and bios of the cast while they’re in Media Lockdown.

These are shot about one month before they’re released by a professional photographer and a full media crew.

There’s a hair and makeup department, a massive set and a team of people styling you.

I know this because it’s the exact process I went through 7 years ago when I was the first person through the doors of Love Island Season 1.

Delving into the article that the tweet is based on, it elaborates:

“There is one simple fact on this Earth, and that is that the Love Island photographer always does everyone SO dirty. Year after year, it never changes and the promo pics get, if anything, worse.

So ahead of the launch next week of Love Island 2022 (I cannot believe this will be season eight), here’s everything you need to know about the new Islanders, their Instagram handles, ages, jobs, and what they actually look like in real life.”

The article then goes on to show photos taken from the cast’s Instagram accounts, contrasting them with the promotional photos taken for the release.

There’s even an entire subculture of Twitter threads online comparing these two categories of photos, unable to believe how unrepresentative the Love Island photographer has made the cast look.

We have now entered a world where the hyperreal has become more real than reality.

Photos from Instagram, a social media platform known for enhanced, airbrushed, filtered images is now being used as the benchmark against which everything else should be measured.

Instagram is what the Love Island cast “*actually* look like in real life”, meanwhile the promotional photos taken by the entire production team army behind the UK’s biggest reality TV show are unrepresentative and doing everyone “SO dirty”.

This is where we’ve gotten to.

People spend so much more time with people online than in reality that the online world is seen as more accurate than the physical one, and the closer we can fit real life to a digital existence, the more comfortable people feel.

This reality-detached criticism of professional photographers DOES make me feel a little better about the state of my promo pics from Season 1, but not enough to not feel like this is one of the Horseman of the Apocalypse.

I do a podcast where I scream LES GOH for 90 minutes, 3 times per week. You should subscribe on Apple Podcasts or Spotify.
​

Monday.
Joanna Williams – have the woke taken over everything? Or is it a moral panic about a moral panic? An interesting breakdown of how much impact the green-haired-brigade have truly had.

Thursday.
Cosmic Skeptic – Alex asks me 8 of the hardest ethical dilemmas in philosophy and I have my brain scrambled. Very fun.

Saturday.
Susan Cain – what use do sorrow, longing and melancholy have in the modern world? A great, counterintuitive insight from the author who championed the usefulness of introverts in the best seller, Quiet.

1.
​Pride Month is a performative lie by corporations who want to make money.

Tons of companies have changed their profile photos to rainbow flags.

But not in their Middle-East divisions.

“Corporations support ‘pride’ in the West (where it’s already widely accepted) but not in the East, because their activism is not motivated by principles but public relations.”

Fighting for equality where the battle is already won is not brave.

Not fighting for equality where it’s actually needed is cowardly.

2.
​Einstein is richer now than when he was alive.

Einstein’s estate earns $12.5m per year posthumously by licensing his likeness to companies who want to use it.

3.
​Predictability is preferable to happiness.

“Most people would rather choose the path that leads to predictable misery than risk one that offers the chance of a better life.” — Corey Wilks

Wondrium is an online audio and video platform which has collaborated with some of the best documentary and course creators like The Great Courses, Magellan and Intelligence Squared.

If you like learning stuff it’s a fantastic resource.

It has has thousands of videos including courses, documentaries, tutorials and more.

Get 2 weeks unlimited free access to everything on Wondrium on mobile & desktop.

PS
British Airways lost my luggage for 5 days so I bodged together a recording setup from miscellaneous things I had in my house while I was back in the UK this week. Taleb would be proud. 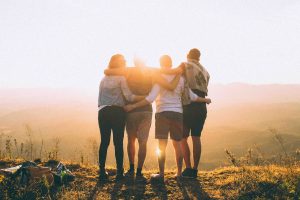 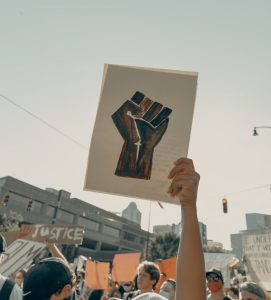 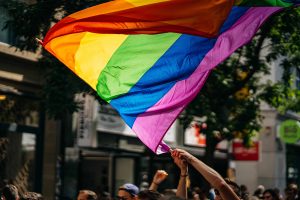