I’m reporting live from the desk where I’ve spent most of the last 12 months.

Ugh. This lockdown really is starting to get tiresome.

Not sure about you but I’m finding this one significantly more repetitive than summer 2020.

I’m afraid I can’t tell you if there’s an end in sight for it yet, but if you’re feeling bored of being in the house too – at least know we’re unified in that.

Anyway, I had a conversation on the podcast this week with Dr Keith Campbell where we touched on fame and money.

Essentially – that people’s lack of meaning due to loss of religion, less tradition, anomie, normlessness and marrying later causes people to look to fame and money as their new gods.

Finding meaning in fame & money is a dangerous game.

Your self worth should be under your control as much as possible.

Gauging it on popularity and finances means that your inner worth is at the mercy of everyone else.

We have the internet and modern medicine and OnlyFans.

Surely we can find a more balanced, nuanced view of fame & money than “just look inside yourself bro”?

I think we can.

The way I see fame & money in the modern era is as fuel for freedom.

Having more people know who you are will open doors to new experiences, adventures, friendships and opportunities.

Having more cash in the bank will allow you to do what you want, when you want, with who you want, for as long as you want, and no one can tell you otherwise.

He doesn’t see money as money, he sees it as possibility.“For in [Zorba’s] mind our profits underwent marvellous transformations: they became travels, women and new adventures. He was waiting impatiently for the day when he would earn a fortune, when his wings would be sufficiently big—“wings” was the name he gave to money—for him to fly away.”

An even more useful metaphor comes from Tim O’Reilly:“Money is like gasoline during a road trip … You don’t want to run out of gas on your trip, but you’re not doing a tour of gas stations. You have to pay attention to money, but it shouldn’t be about the money.”

You don’t want to spend your trip hoarding fuel at a single gas station if you’re trying to get across the country.

The point is that money is a tool, not a god.

It’s a means to the end.

Fame is a bit more slippery because it’s not quantifiable, but you can see your notoriety, reputation and follower count on social media as rough measures.

Like money, you can convert your fame into travel, adventures, experiences, freedom.

Unlike money, you can make your way through life without fame.

But life can be far easier with fame than without. Because it’s more difficult for society to replace your fame, because it is unique to you, whereas your money is not.

When we obsess around accumulating wealth and fame, rather than what the wealth and fame facilitates, we always feel that we need more if we are ever to enjoy life.

You will have that friend who is incessantly talking about money, sex, status and stuff.

Obsessing over accumulating wealth & fame makes it hard to behave well toward others or be satisfied with ourselves.

It makes us likely to be envious and ignore the little joys which happen every day.

We believe that joy is to be found “when I’ve earned X” or “when Y people know me”.

And that finish line will always keep moving away because there’s an unlimited amount of fame & money to accumulate.

I do a podcast which has had 9 million+ downloads. You should subscribe on Apple Podcasts or Spotify.

Thursday.
Life Hacks 203 – myself, Jonny & Yusef provide tips on how to take notes in the shower, be more productive in 2021, never drop a dumbbell on your head again and much more.

Saturday.
Dylan Werner – the yoga sensation and Instagram king on how to improve your life by refining your breath. Including a guided breathwork session at the end of the episode.

1.
​The story we tell ourselves leads to the actions we take.

If you want to change your story, change your actions first. When we choose to act a certain way, our mind can’t help but rework our narrative to make those actions become coherent. We become what we do. — Seth Godin

Even then ones who do need it, need more than just medication.

Depressed men need purpose, a mission, and the power to accomplish that mission.

Give a man those 3 things and he can crawl over broken glass with a smile.

(From Adam Lane Smith, there may be a podcast with him soon)

3.
​A fully-dressed 20th century man would carry 78 buttons and have 24 pockets.

Buy high quality meat, in bulk, online, and have it delivered to your door.

It’s cheaper than supermarkets, more convenient and you can even set up regular deliveries.

A game changer if you’re prepping meals or trying to improve your diet. 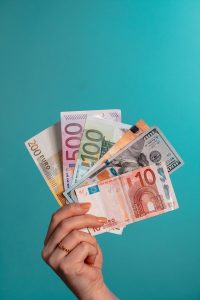