I played pickleball for the first time this week and have decided to turn professional.

Some have called me the most revolutionary player in a generation.

This is not for me to judge, however there will be pickleball references throughout every episode from here on out.

Anyway, I’ve been thinking about goals this week.

A study was conducted where rats are left in a tube to starve.

They have a spring attached to their tails which stops them from running away.

Then the smell of food is wafted in from the end of the tube and the rats try to pull away from the spring to get to it.

The spring measures the force they pull with.

Now these rats aren’t far from dying, you’d think that they give everything they can to try and run toward the food.

Then the researchers do the experiment again.

The smell of food is wafted in from the end of the tube, but this time the smell of a cat comes in from behind the rat.

And the rat pulls harder.

Harder than when they smell either the cat, or the food alone.

So what does this tell us?

At no point is this easier to understand than when you compare potential worst case and best case scenario predictions for your future.

It’s the New Year soon, time to clear out some poor habits and remind yourself of the direction you’re supposed to be heading in.

Imagine, if you continued moving forward with the daily and weekly routine you have now, where would your life be by the end of 2022?

And if you got rid of the worst habits which you know are holding you back, where would you be?

This isn’t adding anything in, it’s simply getting you out of your own way.

Where would you be?

In other news, I’m going to start doing regular Livestream Q&A’s on Locals starting this week – make sure you’re a member to get access to Modern Wisdom Backstage, it’s free.

I do a podcast which swims in big dick energy. You should subscribe on Apple Podcasts or Spotify.
​

Monday.
Jamie Metzl – a breakdown of China’s plan for global domination, what they’re doing in the South China sea, why their tennis players are disappearing and more.

Thursday.
Jake Humphrey – the mindset habits of the world’s best high performers. Jake is a beast, don’t miss this.

Saturday.
Andrew Chen – how to launch a business and use network effects to multiply your impact from one of the top advisors at Uber, Slack and Clubhouse.

1.
“Find your soulmate and find something you love to do. Everything else is a rounding error.” — Charles Murray

2.
​Austin is full of cultural refugees.

84% of the people who live here weren’t born here.

Sharp foreground, blurred background and the ability to switch the focus after you’ve shot the footage.

Probably not worth the upgrade just for this, but if you like to take videos or capture content, it’s a sick upgrade to your video quality.

PS
I’m off for a long overdue dinner with some friends in Nashville next weekend. See you on Broadway. 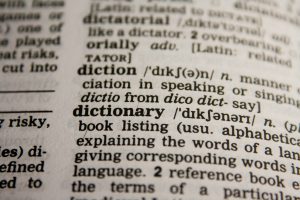